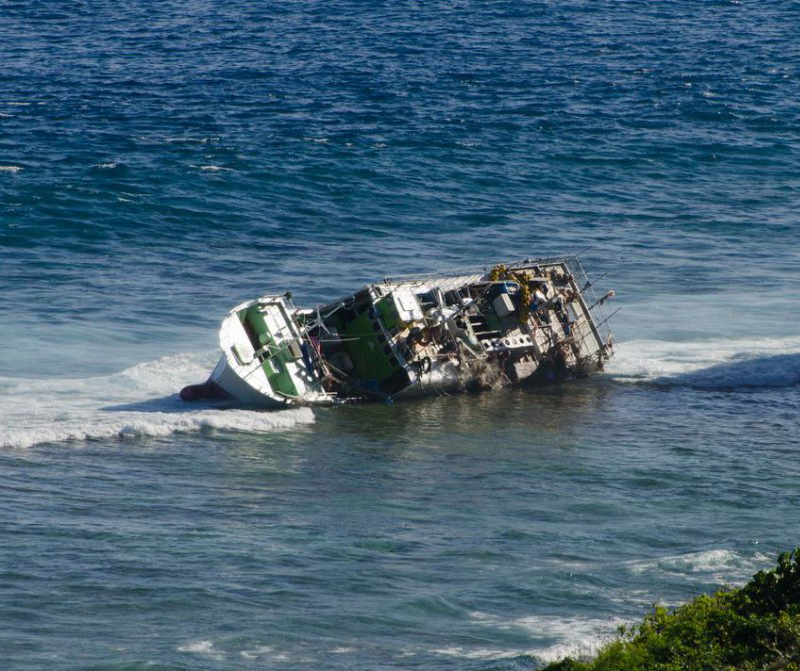 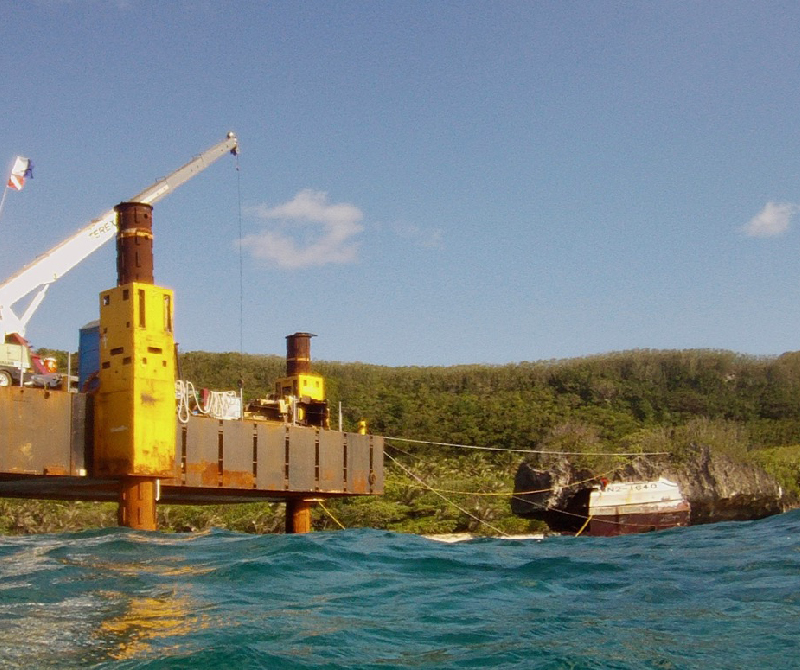 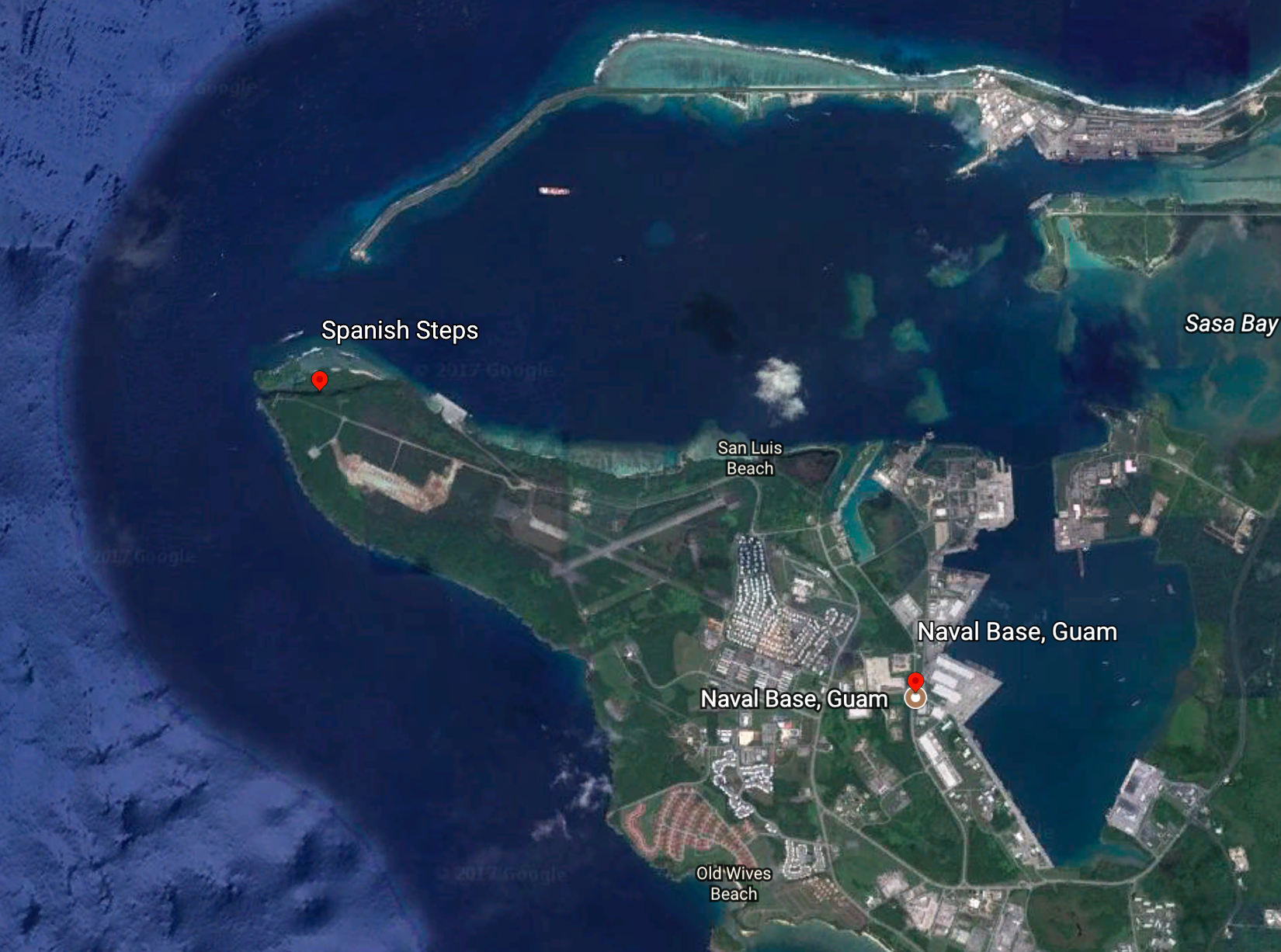 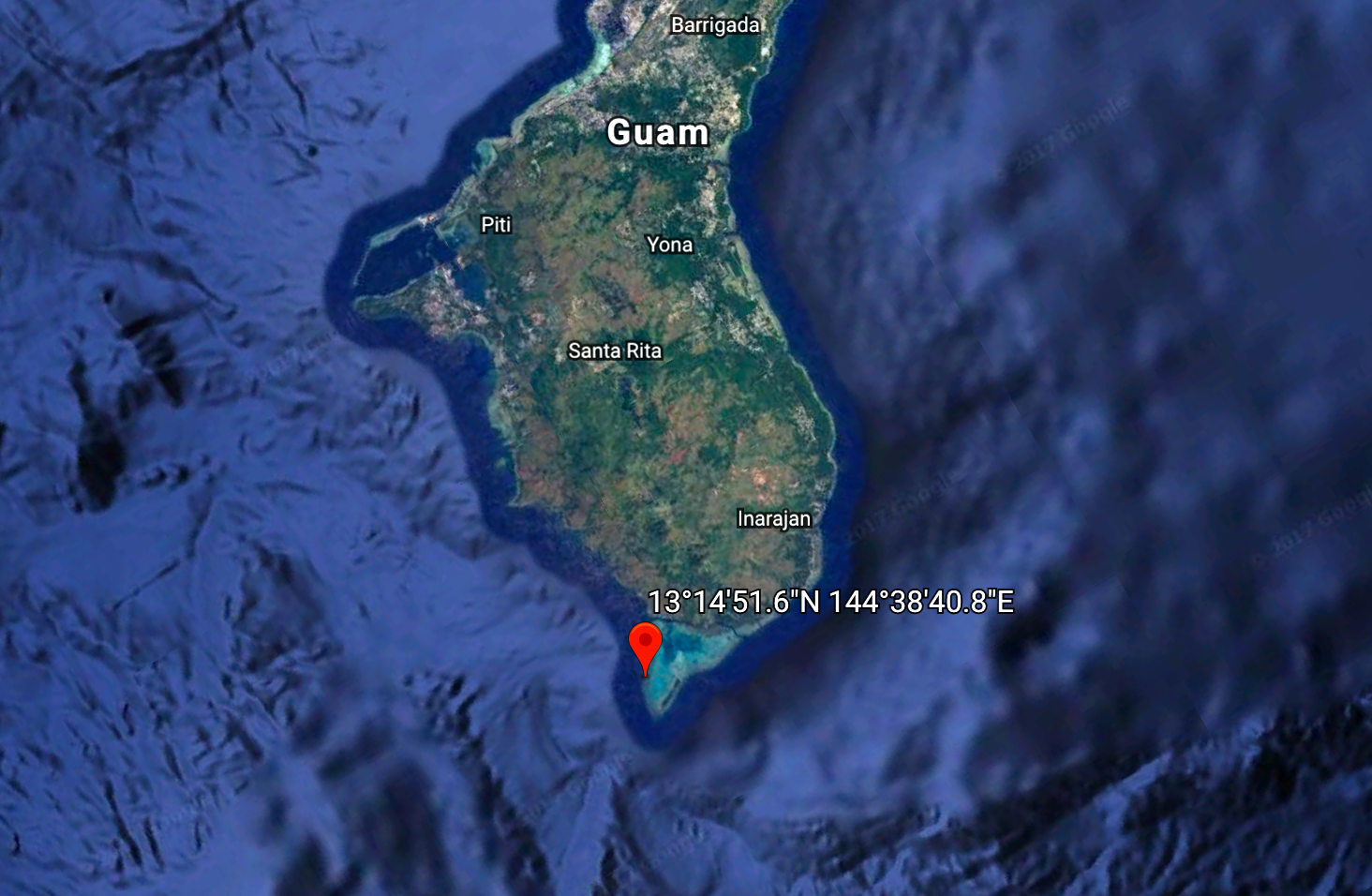 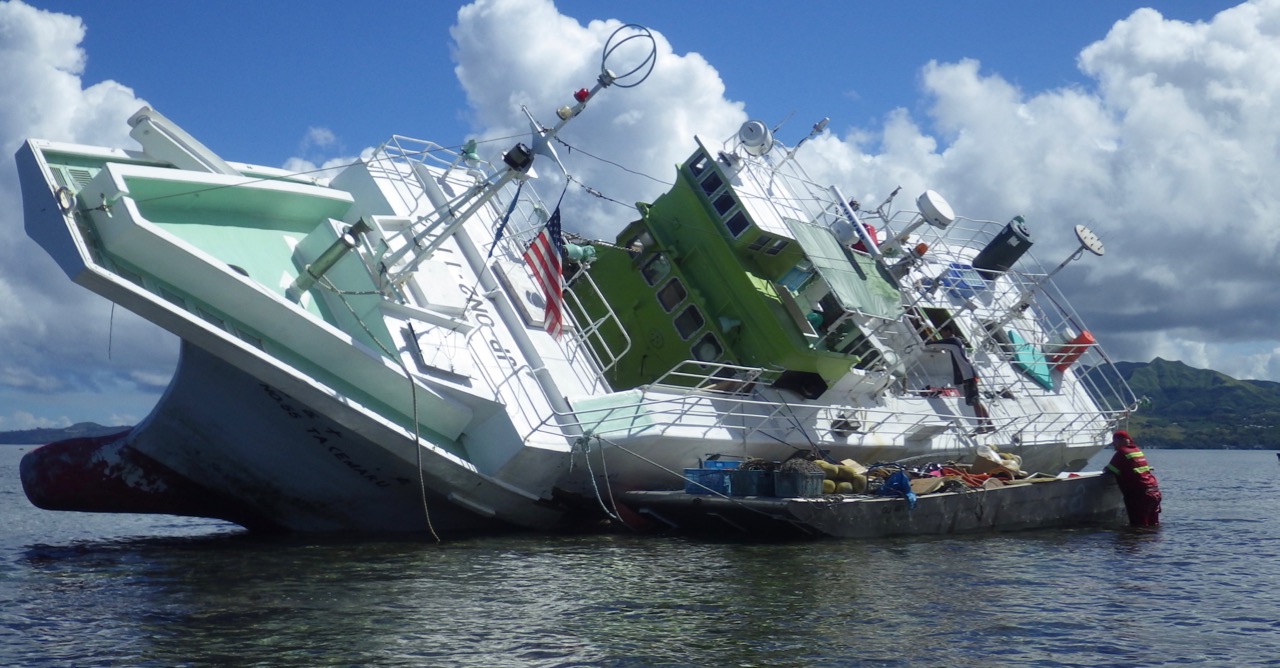 Take Maru No. 55 aground on Cocos Reef 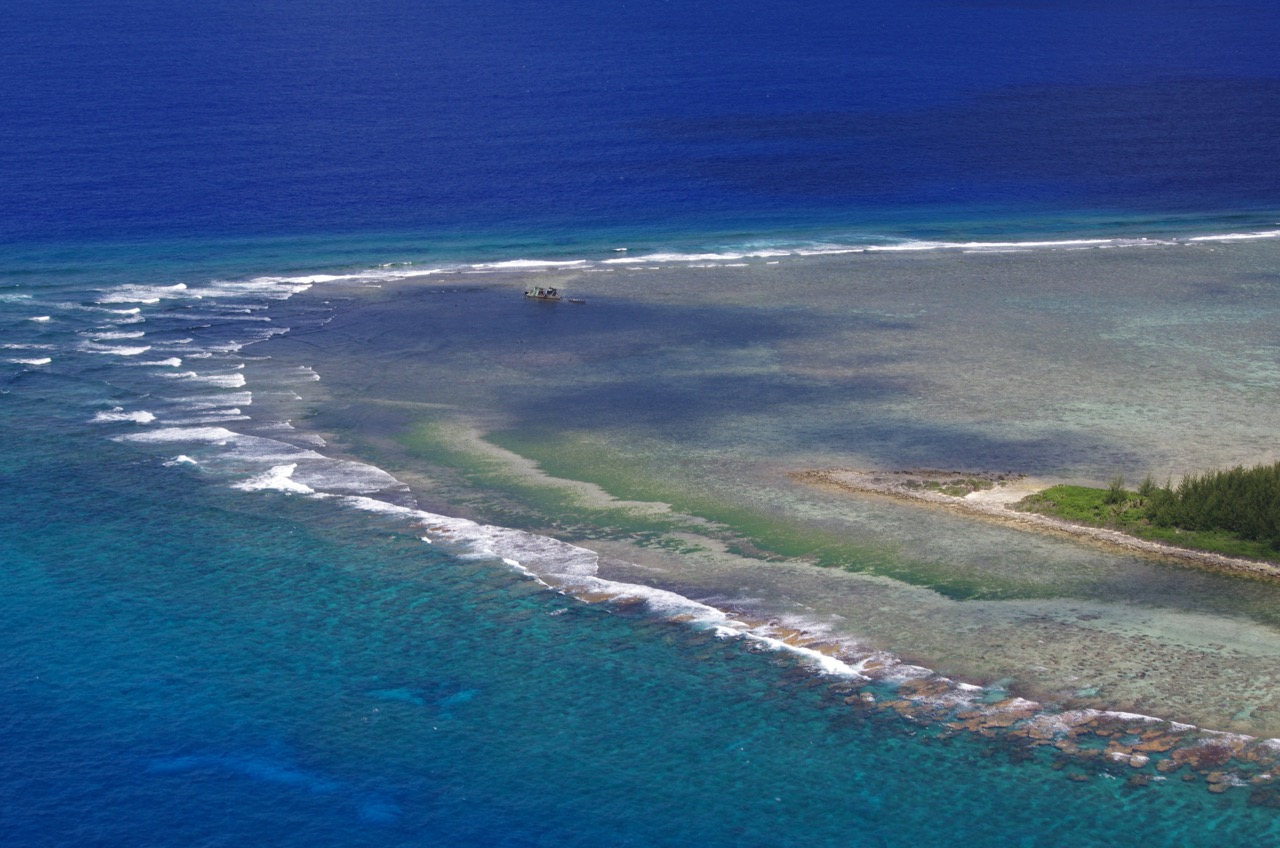 Cocos Reef with wreck of Take Maru No. 55

In early February 2014, while approaching Apra Harbor, Guam, the Japanese long-line tuna fishing boat, Daiki Maru No. 7, missed the navigation channel and grounded on the reef near the base of the Spanish Steps inside the US Naval Base. Guam.  Breaking surf at the wreck location further damaged the vessel, complicating local attempts to remove it.  After unsuccessful attempts by local companies to refloat the vessel, Mammoet Salvage was contracted by the owner’s representatives to remove the wreck under the auspices of the US Coast Guard and US Navy.

Access to the wreck site from the Navy base required descending Spanish Steps on foot, then wading and swimming to the wreck on the reef.  From offshore, breaking surf often complicated both access and working at the site.

All hazardous materials, including fuel, oil, paints, were removed from the wreck, which was then cut up by hand and transported to a landing for disposal.

While cutting up the wreck, Mammoet Salvage regularly cleared wreckage and trash associated with the wreck from the beach below Spanish Steps, and hired local snorkel divers to remove the fishing line and debris from the reef near the wreck site, minimizing the long-term impact to the reef and beach.

The wreck was a major concern for the U.S. Fish and Wildlife Service, because of miles of nylon monofilament fishing line which was released when the wreck capsized in the surf.  The web of nylon snagged between underwater coral heads threatened to ensnare and drown the sea turtles which use the beaches at the base of Spanish Steps to lay their eggs.

At the end of July 2014, heavy winds and seas from Tropical Storm Halong drove the Japanese long-line tuna fishing boat, Take Maru No.55, onto Cocos Reef at the southern end of the Island of Guam.  Working with the vessel’s representatives in Japan, and in coordination with the US Coast Guard, Mammoet Salvage mobilized a team to Guam to remove the fuel and other pollutants, then began the much longer process of cutting up and removing the wreck.

To get to the wreck’s location, near the seaward edge of Cocos Reef, was challenging.  The team would travel by outboard skiff from Merizo Public Pier about 2 miles toward the outer rim of Cocos Reef. At that point the water becomes too shallow for the outboard skiffs.  The crew would complete the trip wading across the reef, pushing and towing their small, aluminum work barge.

The team worked as quickly as possible, fully aware that Guam is in the middle of the South Pacific’s Typhoon Alley.  The work completed just days before the seas and winds generated by a passing typhoon made landfall in Guam.