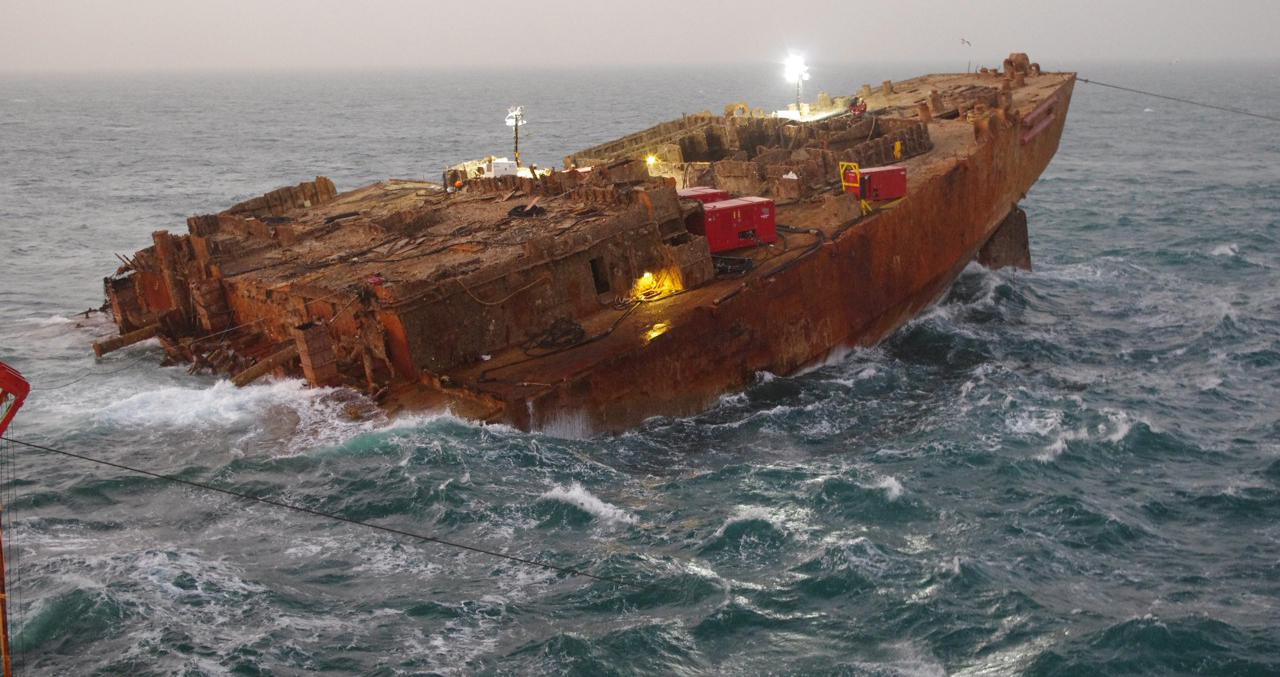 Written by portersalvage on May 27, 2017. Posted in Marine Salvage, Uncategorized.

Iraqi Supertanker Amuriyah was sunken in 1991 by the US Navy during the first Gulf War.  In December 2016 and January 2017 a team from Mammoet Salvage succeeded in refloating the tanker’s engine room and stern section, completing the removal of the wreck from the Al Basra Oil Terminal, in Iraqi waters of the northern Gulf of Arabia (Persian Gulf).